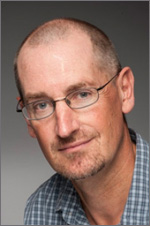 Eliga Gould is professor of history and chair of the History Department at the University of New Hampshire. He teaches graduate and undergraduate courses on the history of early America, with a particular emphasis on the American Revolution, broadly conceived. He also offers classes in Atlantic history, the history of European expansion, and the Anglo-American right to bear arms. Professor Gould’s most recent book is Among the Powers of the Earth: The American Revolution and the Making of a New World Empire (2012; paperback, 2014). Named a Library Journal Best Book of the Year, it received the SHEAR Book Prize from the Society for Historians of the Early American Republic and was a finalist for the George Washington Book Prize.  A Japanese-language edition is scheduled for publication in 2016. Professor Gould is currently writing a short book, The World of the American Revolution, for a series with Princeton University Press on the global dimensions of U.S. history. He is in the early stages of two major new book projects. One will be a hemispheric history of the peace treaty that partitioned North America at the end the American Revolutionary War, the other is about the Monroe Doctrine.

Listen to The American War: Britain’s American Revolution on iTunes