PROJECT SUMMARY: This project seeks to identify, digitize, interpret and make public for the first time in decades program recordings from non-commercial and African American radio stations in the civil rights era through an innovative, dynamic, opensource, and open-ended online platform. The first phase of this project will digitize endangered, one-of-a-kind reel-to-reel and cassette recordings, starting with the roughly one hundred hours of recordings that project partners have already offered us from their private collections, as well as publications some of these radio stations produced, while paying careful attention to ownership issues in historically disadvantaged communities. Mink’ED will provide curriculum design companion materials that correspond to the NEH’s EDSITEment model

Our project will contribute to the public and scholarly dialogues about the civil rights movement, which have reached renewed prominence as the nation commemorates the anniversaries of the March on Washington, the Civil Rights Act, and next year, the Voting Rights Act. Just as activists in the mid-1960s looked to the next phase of the movement, our project looks at how local non-commercial and African American media responded all over the country to the passage of those landmark pieces of legislation. The project uses non-commercial and African American radio as a way to assess the local legacies of the civil rights and Black Power movements of the 1960s. The ultimate goal is for this project to be the first step in the development of an online platform wherein a growing community of partners inside and outside the academy, and across the United States, can provide content and commentary.

FUNDING & SUPPORT: Funding was made possible by National Endowment for the Humanities Public Discovery Grant. 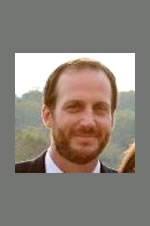