PROJECT SUMMARY:  At the beginning of the seventeenth century all the eastern portions of North America, which afterward became the thirteen original colonies, were known as Virginia. Two important events marked a significant transformation for the history of the nation, twelve years after the founding of Jamestown: the first official arrival of Africans to America and the founding of America’s first legislative body, the House of Burgesses. Four hundred years later, 2019 promises to be an important benchmark for a nation that has come full circle from a society that promised freedom, but established inequality, to one that has repositioned itself to allow opportunity to all its citizens. Our objective is to reconnect the general and scholarly communities to these firsts, repositioning America’s understanding of the role of Virginia as the birthplace of the American legal and legislative arena and of the emergence of Africans as Americans.

The project, “1619 and the Making of America: Race, Culture, and Citizenship in Early America” proposes developing two symposia and teacher workshops that focus on the development of the colonies beginning in 1619, which eventually transformed early America. Open to scholars, K-12 teachers, and the general public, the programs will be recorded and available via podcasts and the project website.

FUNDING & SUPPORT: Funding was made possible by National Endowment for the Humanities Humanities Initiatives at Historically Black Colleges and Universities. 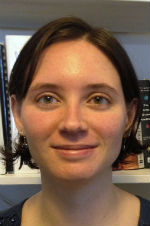