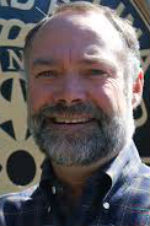 Whitney Montgomery joined the North Carolina Outward Bound School (NCOBS) in the spring of 2007 as Executive Director after a career of managing both for-profit and not-for-profit organizations.

Over the last seven years, Whitney has reorganized the North Carolina Outward Bound School to respond to economic, educational and societal changes. NCOBS is thriving and last year served 4,400 students from seven basecamps and the urban center in Atlanta. The educator programs are of special interest to Whitney as he sees NCOBS successfully collaborating with traditional schools to meet the needs of their faculty and students.

During 2011 and 2012 while serving as Executive Director of NCOBS, Whitney founded a member-driven service organization to provide national marketing and sales for all of Outward Bound in the United States. This organization is responsible for recruiting 4,000 participants annually generating over $11MM of revenue for six Outward Bound schools around the country.

Whitney graduated from Woodberry Forest School in 1983 and received his BA from Davison College in 1987.  He then dedicated the next two years to serving as headmaster and teacher in a small school in rural Kenya in the western region close to the Uganda border.  While in Kenya, he worked with the local elders of his rural community to develop a plan to double the size of the school.  When he left Kenya, the school had reached 110 students.  Today, the school serves over 400 students annually.

Upon returning from Kenya, Whitney became a grant writer for a health care organization in Charlotte, NC in 1990.  After three years in this capacity, Whitney started another adventure in his life by founding and launching a new restaurant concept named Just Fresh, A Bakery and Café.  Under his leadership for the next 13 years, Just Fresh grew to 16 cafes from Charleston, SC to Washington DC serving nearly 8,000 customers a day through both franchised and company owned cafes.