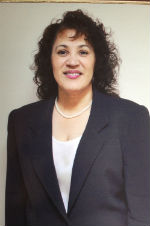 Newby-Alexander is also an active grant writer, having received grants amounting to over $700,000 from a host of agencies including the National Endowment for the Humanities (NEH), the Virginia Foundation for the Humanities, and the State Council for Higher Education. One of her most successful initiatives was the Pre-Graduate Summer Program for undergraduate students at Norfolk State University (NSU) in conjunction with the College of William and Mary that encouraged students interested in pursuing a graduate degree.

As Director of the Joseph Jenkins Roberts Center for the African Diaspora at NSU, Newby-Alexander has shown a dedication to making history accessible to the general public, working with the Norfolk Convention and Visitor’s Bureau to produce a detailed map and interactive website on the Underground Railroad entitled, “Waterways to Freedom” and a comprehensive map identifying Civil War sites in Hampton Roads.  Additionally, she has directed three major public conferences that bring history to the general public. In 2007, NSU hosted the conference, “Voices from Within the Veil:  African Americans and Democracy in America,” as part of the Federal Commission’s 400th Anniversary conference series.  In 2010 as part of the Sesquicentennial Conference Series in Virginia, she directed the conference, “Race, Slavery, and the Civil War:  The Tough Stuff of American History and Memory,” which was filmed by C-SPAN and was the focus of a History Channel documentary.  Most recently, in 2012, Newby-Alexander directed the first of a series of conferences:  “1619:  The Making of America” that included scholars from ten different universities and engaged students, educators, and the general public in a public dialogue about the importance of understanding this watershed period in American history.

Cassandra Newby-Alexander currently serves on a number of boards and commissions throughout Virginia as well as a community Facilitator for project, “Remembering Slavery, Resistance, and Freedom Project,” Institute for Historical Biology, College of William and Mary, a reviewer for the NEH, a reviewer for the Underground Railroad, a script writer for Obsidian Productions LLC for the Moton Museum documentary on the student-led strike in 1951 that led to the Dorothy Davis v. County School Board of Prince Edward case, and the oral historian for the Supreme Court of Virginia.