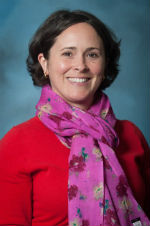 Molly Warsh is on faculty at the University of Pittsburgh as Assistant Professor of World History. Prior to coming to Pittsburgh, Molly was a two-year NEH postdoctoral fellow at the Omohundro Institute of Early American History & Culture in Williamsburg, VA and an Assistant Professor of Iberian World History at Texas A&M University. She completed her Ph.D. at Johns Hopkins University in 2009. Molly is finishing work on two book projects. The first, American Baroque: Pearls and the Nature of Empire 1492-1700, considers the early Caribbean pearl fisheries and their role in shaping expectations and practice of maritime empire in Spain and beyond in the early modern era. The manuscript will be published by the Omohundro Institute with the University of North Carolina Press. Together with Philip D. Morgan, Molly is also co-editor of a volume of collected essays, Early North America in Global Perspective, to be published in August 2013. Molly is looking forward to playing an active role in the World History Center’s many ongoing activities and to contributing to the development of the History Department’s undergraduate and graduate program in World History.