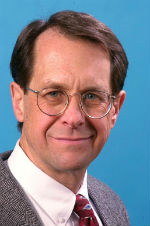 Harry Watson’s research interests lie in the political, social, cultural, and intellectual history of the United States between the Revolution and the Civil War, with special attention to the antebellum South and Jacksonian America. His work has explored the intersection of social, economic, and political change in this period, the formation of political parties, the influence of market development on political mobilization, reform movements, uses of the environment, and the relationship between race and class under slavery. He directed the UNC Center for the Study of the American South from 1999 to 2012, and has edited its quarterly journal, Southern Cultures, since 1993.  He served as president of the Society for Historians of the Early American Republic in 2010–2011. With Professor Jane Dailey of the University of Chicago, he is currently completing a college textbook history of the United States.