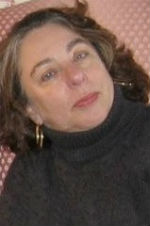 Marsha Weiner is a former classroom teacher with over 20 years experience producing products and programs for entertainment and educational markets, in a variety of media including print, broadcast, toys and games and interactive. She collaborated with Lightbeam on a series of interactive field trips for cultural institutions including Colonial Williamsburg, Smithsonian Center for Folklife and Cultural Heritage and Wildlife Conservation Society. Other clients and collaborators include, Public Broadcasting Service, National Public Radio, Macmillan Publishers, Houghton Mifflin Harcourt, Local Learning, WETA Reading Rockets, Washington DC Center on Aging and National Center for Creative Aging.

She is currently consulting producer for Around the Farm Table (Wisconsin Public Television) and a spin off for children, On the Farm with Inga. She is co-creator of Seasons of Care, a wellness program for caregivers for which she has has delivered webinars, workshops and retreats for organizations including National Brain Tumor Association, Hearts of Valor, Veterans Administration, George Washington University Summer Institute on Grief, Loss and Life Transitions, National Family Caregivers Alliance, Easter Seals, American Holistic Nurses Association and others.

Marsha served on the Board of American Paw Paw Foundation and was Regional Governor of Slow Food, for which she put on monthly public education events, for seven years. In collaboration with American Film Institute she produced Slow Food on Film Festival (which traveled to 28 cities), was a founding member of The Academy of Food and Film, Bologna, Italy. She is currently a judge for the Milken-Penn GSE Education Competition at the University of Pennsylvania.