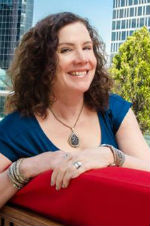 Elaine Carey is an Associate Professor and Chairperson of the Department History at St. John’s University in Queens, New York. She also holds the Lloyd Sealy Research Fellowship at CUNY’s John Jay College of Criminal Justice. She is the author of Plaza of Sacrifices: Gender, Power, and Terror in 1968 Mexico (2005), co-editor with Andrae Marak of Smugglers, Brothels, and Twine: Transnational Flows of Contraband and Vice in North America (2011), and Women Drug Traffickers: Mules, Bosses, and Organized Crime (2014) and the forthcoming Protests in the Streets: 1968 Across the Globe. As a historian who researches crime and human rights, she has served as an expert witness in courts across the United States, and she has consulted for radio, film, television, archives, libraries, and museums. In January 2013, she began a three-year term as the Vice-President for the Teaching Division of the American Historical Association (AHA).