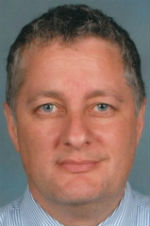 Building on over 20 years of success as a professional translator, educator, and musician, complete native command of Spanish and English and multifaceted professional experience in the US and Latin America, Pablo Davis brings superb skills and depth of understanding to the work of Interfluency Translation+Culture. He is an American Translators Association (ATA) Certified Translator (English>Spanish), a Certified Interpreter (English<>Spanish) for the TN & KY Courts, and a world-class conference interpreter whose assignments have included Nobel Peace Laureate Rigoberta Menchu Tum, theologian Dr. Ada María Isasi-Díaz, César Chávez former collaborator Dolores Huerta, the late novelist Julio Cortázar, linguist Noam Chomsky, journalist David Bacon, and many others. A holder of the doctorate from Johns Hopkins University and advanced degrees and certificates from Hopkins, Columbia University, and the University of Buenos Aires, Dr. Davis has intimate knowledge of the legal, medical, business, and educational worlds. He has taught Latin American and comparative US-Latin American history and culture, as well as Spanish, at institutions including the University of Virginia, George Washington University, Franklin and Marshall College, and the University of Memphis. He was a charter member of the Virginia Latino Advisory Commission named by the Governor of Virginia in 2003, and a former executive director of Latino Memphis, Inc., and serves as Vice-Chair of the Board of National Hispanic Professional Organization, Memphis Chapter.