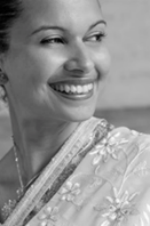 Tara Inniss is a Lecturer in the Department of History and Philosophy at the University of the West Indies (UWI), Cave Hill Campus. Dr. Inniss joined the Department in 2007 after completing a PhD in Caribbean History at UWI (Cave Hill) and a Masters in Social Development from the University of New South Wales in Australia. She is currently a member of the UNESCO World Heritage Committee and  Research Team and has served on heritage committees for the Ministry of Community Development and Culture, Ministry of Tourism and the Barbados Museum and Historical Society. She is also a member of the Executive of the Association of Caribbean Historians (ACH). She is also an active member of the University of York (UK) and the Oswaldo Cruz Foundation (Fiocruz, Brazil) Public Health in Latin America and the Caribbean Research Network.

In 2002, Dr. Inniss was awarded the Spilt-Site Commonwealth PhD Scholarship, which allowed her to carry out study and research at the Centre for the History of Science, Technology and Medicine at the University of Manchester in the United Kingdom. Her PhD thesis entitled “’Fed with the Bread of Slavery’: Children’s Health during Slavery and the Apprenticeship Period, 1790-1838” focused on the role malnutrition played in the lives of children, this dissertation examined some of the strategies used by parents, community members and plantation authorities to ensure children’s health and provide adequate care. The study also explored some of the challenges involved in studying children’s history in former slave societies and investigated the shifting social, political and economic roles of children in Barbados.

She has published articles and chapters in scholarly journals and edited books on a variety covering several aspects of health, family, children, and gender during slavery and the apprenticeship. She has also published on heritage development in the region. Her current research focuses on public health development in the 20thcentury Caribbean. Dr. Inniss is has an avid interest in the history of medicine in the Caribbean as well as social policy and development issues in the Caribbean.