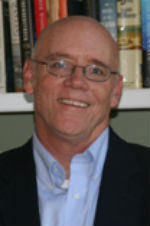 For more than twenty years, Scott Mace has taught high school students in both traditional and non-traditional academic settings. Within the school system, Scott has taught AP U.S. history, AP government, AP economics, United States/Virginia history and world civilization in both Fairfax County and in Charlottesville City Schools, where he currently teaches U.S. history exclusively. Prior to becoming a classroom teacher, Scott worked in Washington, D.C. for the Close Up Foundation, a non-profit civic education program that brings high school students to the nation’s capitol for one-week intensive experiential programs. Initially a program instructor, Scott quickly rose to program administrator, overseeing 300 students and the professional development of fifteen instructors weekly. It is during these years that much of his teaching philosophy — driven by hands-on experiential learning and critical thinking — was formed.

Teaching, however, was not his first career. Upon graduating from Furman University, Scott worked for ABC News in Washington, DC for eight years. Having grown up with a passion for current events, it seemed an ideal fit. With time, however, he realized that his true inspiration came from an understanding of how history impacts our current and future course. He left ABC News, and pursued his education degree at the University of Maryland.

In addition to his classroom teaching, Scott actively pursues his own professional development, most notably through the Teaching American History Grant Program. He has been a teacher scholar, teaching fellow and master teaching fellow, and program facilitator within that prestigious program. During “The Virginia Experiment” (2007-2009), he researched and created acclaimed lesson plans on Jim Crow Laws using Global Information Systems technology. His most recent participation was the Transatlantic Scholar Program (2010-2011), during which he collaborated with teachers from the United Kingdom to uncover meaningful classroom connections on the transatlantic slave trade. The program culminated in a week-long on-site experiential learning opportunity in Barbados, and again, curriculum Scott developed is being used nationally.

Scott lives in North Garden, Virginia, just south of Charlottesville, with his wife and two sons. When not in the classroom, he is either cycling or reading historical novels.