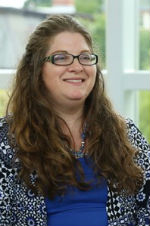 Ms. Petzen previously worked as education director at the Middle East Policy Council, where she created TeachMideast.org, a comprehensive resource for educators to teach about the Middle East. From 2001 to 2007, she served as outreach coordinator at Harvard University’s Center for Middle Eastern Studies. She has taught courses on Middle Eastern history, Islam, and women’s studies at Dalhousie University and at St. Mary’s University in Nova Scotia, Canada. She also served as a tutor and teaching assistant at Harvard University while studying in the Ph.D. program in history and Middle Eastern studies. Ms. Petzen earned her B.A. in international politics and Middle Eastern studies at Columbia College and a second honors B.A. as a Rhodes scholar at Oxford University in Oriental studies. She is currently completing an Ed.M. in new learning (learning design and leadership) at the University of Illinois. Her academic interests include Ottoman and Middle Eastern history, the history and present concerns of women in the Middle East and Muslim communities, the role of Islam in Middle Eastern and other societies, relations and perceptions between Muslim societies and the West, the necessity to globalize K-12 education, and technology-enhanced education.